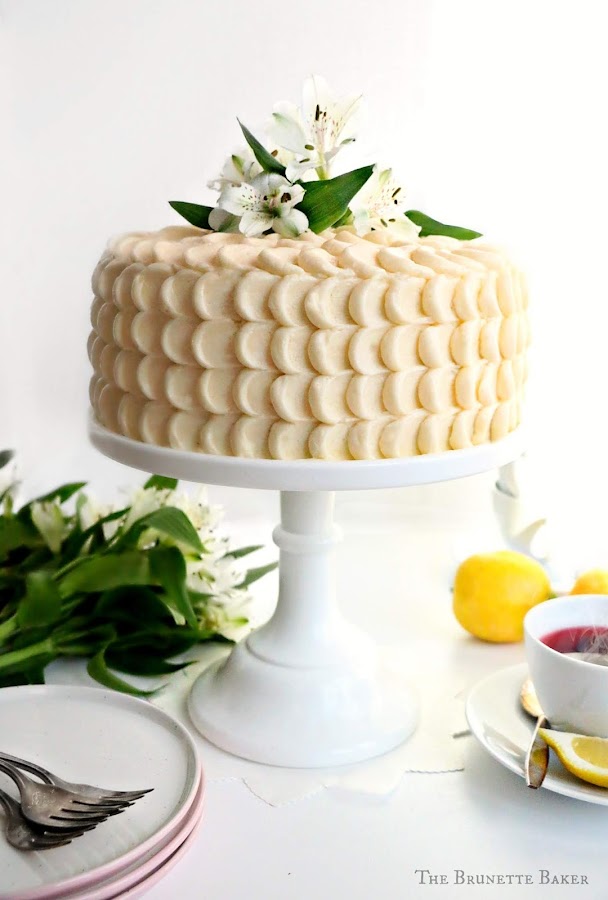 As the world awaits with bated breath for the event of the year, I find myself increasingly intrigued about the details that surround it.

I'm not British, but I married one and I feel that makes me honorarily so. Actually, the first statement is a lie if you look deep into my heritage. Apparently, I come from a line of nobility, thisclose to royalty, which shouldn't surprise me since I like to think I'm a queen most days.

I've been quite fascinated with genealogy since high school when we did the mandatory Family Tree presentation in History class. Unfortunately, my assignment was fairly easy because both sides of my family were meticulous at documenting our family descendants. My task was practically handed to me on a silver platter with an A+ attached, but it was fun to watch classmates present and hear what they had discovered about their own families.

Every summer, family members from all over the globe on my mother's side attend our family reunion. We meet at the end of August at a designated location and this monumental occasion brings out the masses. Every year, new marriages and new babies are added to the rapidly and ever growing branches so not a single family detail goes undocumented; even those that are not in attendance, someone always knows what's going on - it's quite heartwarming and the one time I don't mind family meddling. Meanwhile, my husband's family history is unreal. His heritage on his father's side is one big, flaming hot mess. I wouldn't know where to start or which thread to follow. It's taken my mother-in-law almost twenty years to track down a span of twenty-five years and the information we've become privy to is truly remarkable and almost unbelievable. I'm not sure about his mother's history, but regardless, that's a whole other post.

The lineage on my father's side has been traced back to 1400 Germany. Aside from hard-working farmers, it's not all that exciting. An umpteenth great-Grandfather of mine did fight in the Revolutionary War and was a General of some sort, but that's about as dramatic as it gets. My mother's side on the other hand, is where shit gets real. The lineage on her mother's side has been traced back to 1093 to my 24th great-Grandmother in Wales. However, the family didn't get quite delicious until the late 1400s, early 1500s.

My 14th great-Grandfather was a Baron. Without getting too technical and longwinded, his daughter, my 13th great-Grandmother, married an Earl with apparently some serious clout in the nobility line. They were placed even higher in the ranks because of his title; a real Posh and Becks of their time, as it were. According to the paperwork I was given, my 14th great-Grandfather, the Baron, was beheaded by Henry the VIII along with my 15th great-Grandmother (at a later date) for committing treason. It was later discovered and determined the only reason they were executed was their claim to the throne.

You read right, friends. CLAIM. TO. THE. THRONE.

This means that I could be dripping or at least frosted in diamonds and rubies had it not been for some ridiculous, jealous spats in the days of Yore from a man who loved power as much as he loved women and chicken.

It gets weirder. The son of my 13th great-Grandmother is a 12th generation ancestor of Elizabeth Angela Marguerite Bowes-Lyon, or known to many as THE QUEEN MOTHER. Yes, my loyal subjects, Queen Elizabeth is my very distant relation by marriage. My 12th great-Uncle married into her line. 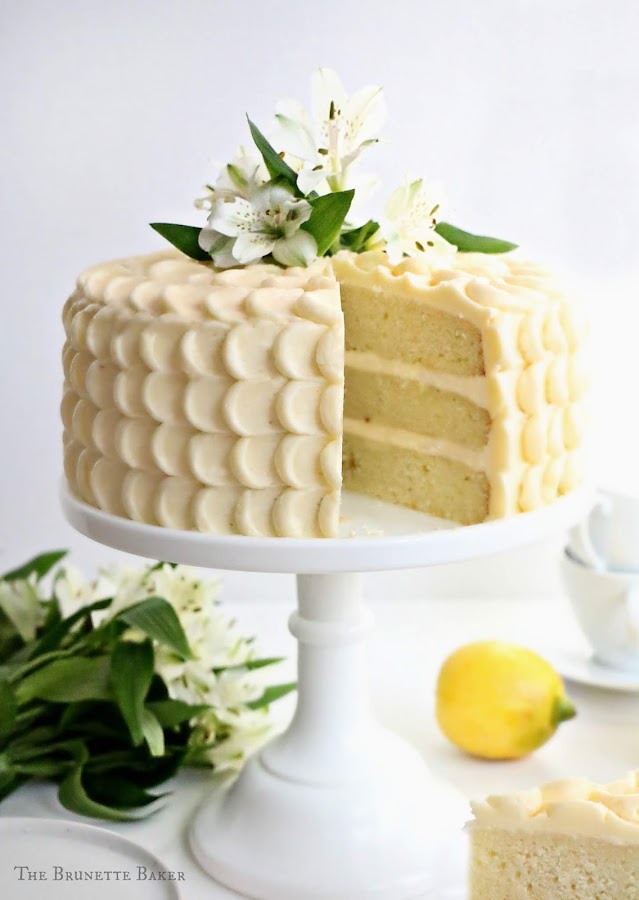 It's so fun to discover where you come from. I would love to sit down with a genealogist one day and dissect every detail back to that time; find the true dirt to the story. I do find it amazing how one marriage or one birth can completely change the course of a family's history. If you ever feel insignificant, don't. One trip down memory lane will make you feel very differently.

To show I'm not completely bitter about my past, I made a cake to celebrate the newest Royal couple. It's my interpretation of the flavour palate Harry and Megs chose for their special day. I do love that they went with a flower native to the UK, keeping a British element to the flair. Elderflower has a light and warm floral essence with a sweet and tart element - almost pear meets lychee flavour. The lemon addition balances and compliments each other quite nicely.

This cake is simple, yet elegant and delicious.

Almost as delicious as the 40 carat diamond tiara that should be on my head.


Preheat your oven to 350 degrees F. Prepare three 9-inch x 2-inch round cake baking tins by lightly spraying the sides and bottom with a non-stick cooking spray. Line the bottoms of all three tins with parchment paper and lightly spray the paper.

In a large mixing bowl, sift together the flour, baking powder, and salt well and set the bowl aside. In another mixing bowl, whisk the eggs and egg whites together until incorporated. Set that bowl aside as well.

Using an electric mixer, you're going to cream the butter for about a minute on its own. Be sure to stop the mixer and scrape down the sides of the bowl with a rubber spatula. Once that's done, add in the granulated sugar. Beat the butter and sugar together for a good three minutes, or until the batter is pale in colour and has a fluffy texture. Then you're going to slowly add the beaten eggs into the butter mixture in several, small increments and mix well after every addition. Be sure to scrape the sides of the bowl down as you go. Add in the vanilla extract, lemon zest and lemon juice and beat to incorporate.

With the mixer on low speed, add in the flour mixture in three parts, alternating with the milk; beginning and ending with the flour. Mix until combined after each addition. Be sure not to over beat the batter once the flour is added or you'll end up with a dense cake, like we did. The batter will be thick.

Evenly divide the cake batter into the three prepared pans. Gently tap out any bubbles that may have formed by dropping the tins carefully onto the counter. Place into the oven and bake for 30-35 minutes. Cake is done when a toothpick inserted comes out with a few moist crumbs. Allow the cake to cool in their pans for a couple minutes before turning them out onto a wire rack to cool completely.

Place a couple inches of water in a saucepan and bring to a simmer. Place a stainless steel bowl over the top to create a seal (a double-broiler method). The water in the saucepan should not touch the bottom of the bowl. It's also best to use a steel bowl as glass retains heat a bit longer.

Place a candy thermometer to the edge of the bowl. Whisk constantly until the egg whites and sugar reaches a temperature of 160 degrees F. Test to make sure all the granules of sugar have dissolved. To do this, very carefully take a spoon and dip it in the mixture. Swipe some from the back of the spoon and rub between your fingertips. If it feels gritty, sugar is not fully dissolved.

Once it is dissolved, remove bowl from the saucepan and place onto mixer and apply the whisk attachment, whisk on high speed for 10 minutes. Meringue should have stiff, shiny peaks and be cool to the touch.

Swap out whisk for the paddle attachment. Reduce speed to medium and slowly add in the butter, a couple tablespoons at a time. Once butter is mixed in, scrape down the bowl and add in vanilla extract and syrup. Mix for several more minutes on medium speed to allow some of the air bubbles to escape.