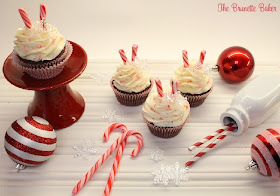 It's kind of a big deal to me. It's probably because I know there is only a small window of opportunity where it's acceptable to crank up these festive tunes and help spread Christmas cheer - which also means there is very little room for rubbish to dominate the airwaves.

There are some fantastic Christmas songs out there and, well, let's face it, there are also some really, REALLY bad ones. Like truly diabolical.

Now I know there are like a thousand and one Top 10 Worst (and Best) Christmas Songs lists swarming the internet, but the beef I have with them is that many of these sites discuss songs that I've never even heard of. Like John Denver's, 'Daddy, Please Don't Get Drunk This Christmas?' The title alone makes me so sad, especially because I know there are people that deal with this sort of issue in their lives. It's truly heartbreaking. Everyone should experience a fabulous holiday.

The songs I'm on about are the tunes radio stations actually insist on adding to their playlists EVERY. HOLIDAY. SEASON. I would be hard pressed to find someone that doesn't appreciate Bing Crosby's, "White Christmas" or Andy Williams, "It's the Most Wonderful Time of the Year", but I'm sure some Scrooges people cringe when they hear it.

For me, I want the quality stuff. Songs that can bring a tear to my eye and make me feel warm and fuzzy all over and can't help but put one in the Christmas spirit. Songs that bring up that little ball of sparkle from within that's been dormant all year, just waiting to explode. But not like vampire sparkle. Okay, maybe a little like vampire sparkle. It's Christmas. Why not?

So, I thought I would share the Top 10 Christmas Songs I really don't like to hear on the radio. Feel free to comment with some of yours.

And while you're at it, enjoy these Hot Chocolate Peppermint Cupcakes.

I made them with love.

*because hate seems like such a harsh word at Christmas


"Christmas Shoes" by New Song. I would be lying if I said my ears don't proverbially bleed every time it comes on. I get the message of the song and, okay, it's lovely. It really is, but it's just seems a bit, oh, I don't know, unrealistic? Perhaps I'm being too literal, but how did the child even get to the store to buy these shoes? Did anyone question him/her why they were on their own?

"Santa Claus is Coming to Town" by Bruce Springsteen. I despise this song with the flames of a thousand suns. I just do. It's awful, but for some reason, radio stations seem to love it. I mean, why else would they have it on rotation 8 times per hour?

While I'm at it, I'm also not a fan of 'live' music versions in general, unless I'm actually at the concert of course, nor am I a fan of artists talking within a song. "You know what time of year it is? Wha time? Wha? Wha?" or "Everybody out there been good or what? Ah, that's not many. Not many". And WHAT is with the creepy Santa laugh?? Shut up Bruce. That's 3 minutes of my life I'll never get back.

"Last Christmas" by Taylor Swift. Can someone please take this single deep into the woods, use calm words, and put it out of its misery? I get that artists want to be original and put their own spin to a tune, but this one sounds like a bad karaoke version; the sort of song I would get up and go outside to have a cigarette - and I don't even smoke.

"I Saw Mommy Kissing Santa Claus" by John Cougar Mellencamp. No explanation needed. At least I hope not.

"It Must Have Been the Mistletoe" by Barbara Mandrell. Your problem isn't mistletoe honey. It's something worse. It's called Desperation. I get it, the holidays can be a really lonely time, but songs like this don't help. At all. What's mind boggling about this song is the a mysterious man 'suddenly' appears, they fall in love on Christmas Eve (how convenient) and she's convinced that, "Old St. Nicholas had his fingers crossed that we would fall in love". Are you sure you aren't smoking the mistletoe?

"Santa Baby" by Madonna. Eartha Kitt's version is proof you can't improve on perfection. It was sexy, seductive, and flirty. Then Madonna blows out my ear drums with her "cutesy" version of this song. She sounds like a 13-year-old girl with a bad nasal infection. "Sign your X on the liiiine...." Blow your nose woman. While we're at it, lose the British accent too. You're from Michigan.

"Baby it's Cold Outside" - ANY version. Uh, stalker much? No seriously, let her go home. Creep.

"Happy Xmas (War is Over)" by John Lennon and Yoko Ono. This song makes me want to rip my teeth out. With pliers. Rusty, filthy pliers. In a dark garage with a swinging florescent light bulb.

"The 12 Pains of Christmas" and "Grandma Got Run Over by a Reindeer". I couldn't decide which kitschy (not catchy, KITSCHY) song is worse, so I've deemed it a tie. If there are two songs I can SO do without throughout the Christmas holiday, these are it. They were funny for like 5 minutes. A hundred and eight years ago.

Pretty much anything by Jessica Simpson. Does anyone else find it super weird that she screams certain words when she sings and then whispers? She's the only artist I know of that can make a word three time longer than it is. "All these things and Mo-whoa-whoa-whoa-whoa-whoa-re, that's what Christmas means to me my lo-whoa-whoa-whoa-whoa-ve" Her voice makes my left eyelid twitch something fierce, and boy, does it carry. I can turn the volume down to 1 and it still sounds like she's filling my car or home in surround sound.

"Same Old Lang Syne" by Dan Fogelberg. Let's break this down, shall we? So this guy sees an old lover in a frozen foods section of the grocery store on Christmas Eve. He goes up to her, touching her on the sleeve. He's lucky he didn't get nailed with pepper spray or tasered. She doesn't recognize who he is at first, but when she does, her eyes pop out of her head, spills her purse and laughs until she cries? Was she really that shocked she dropped her purse? Did she then cry because she dropped her shit on the floor? I would be embarrassed, sure, and perhaps a nervous chuckle would escape if I spilled the contents of my purse on the floor, but I wouldn't cry about it. I'd scrambling too busy gaining control of the rolling tampons, coins, breath mints, and lucky pen before they roll under the shelves, never to be seen again. This is why you don't sneak up on someone. Ever. Let this be a lesson.

For the cupcakes
(Cupcake recipe adapted and modified from Cooks Illustrated)


To make the cupcakes:

Preheat oven to 350ºF. Line a 12 cup muffin tin with cupcake liners and set aside.

Using a double broiler method, place butter, chocolate, instant coffee, and cocoa in medium heatproof bowl. Heat mixture until ingredients are melted and smooth. Set aside and allow to come down to room temperature. 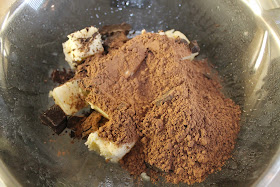 In a mixing bowl, combine flour, baking soda, and baking powder together. In another bowl, combine eggs, sugar, vanilla, salt, and sour cream/yogurt/buttermilk and beat until fully incorporated. Slowly add flour mixture to butter mixture and beat to incorporate. 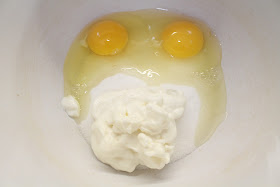 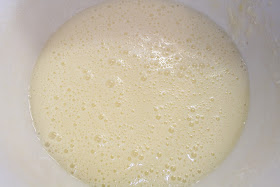 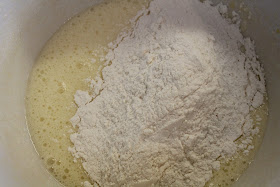 Add chocolate mixture to flour mixture and beat until batter is homogeneous and thick. 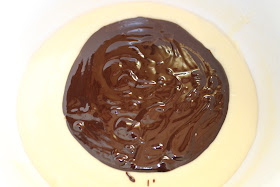 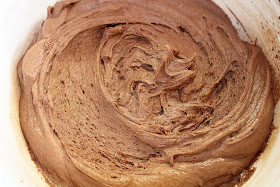 Place about a tablespoon of batter into cups. Place a mint cookie onto the batter and apply slight pressure. Fill remainder of cup to about ¾'s of the way. 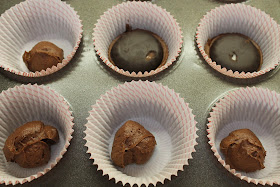 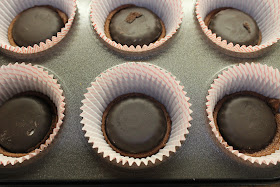 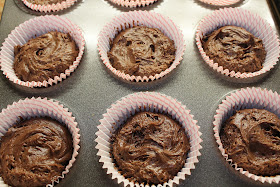