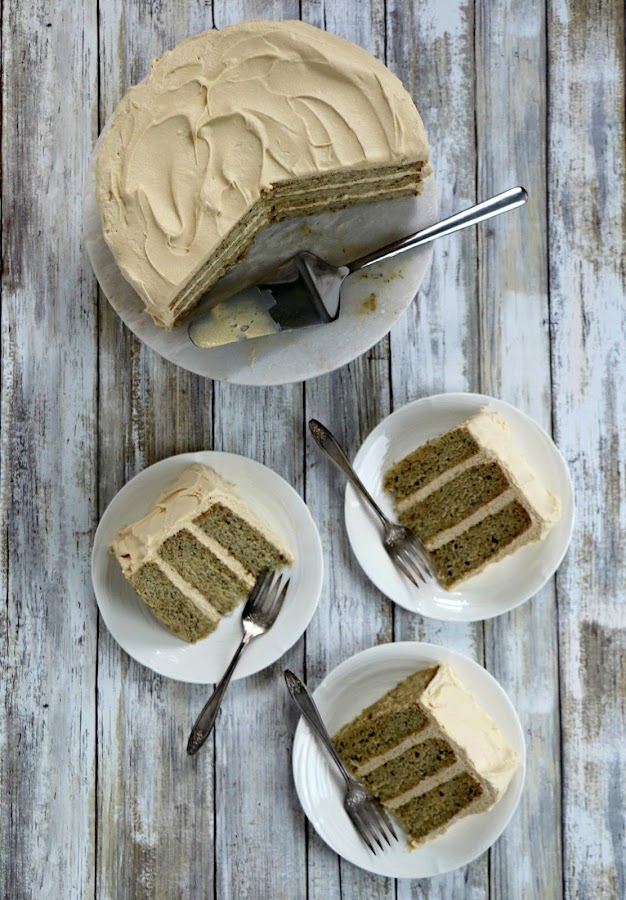 An interesting place to visit, if you're brave enough.

I'm sure you're familiar with "people of a certain specific big box general merchandise store", but I have discovered if you observe long enough, the big box warehouse counterpart brings its own set of weird.

I witnessed the true essence of the big box warehouse in February 2017 when I was given a membership for my birthday after years of piggybacking on friends and family memberships. Subtotalling our bills became a pain and obviously, someone else felt the same.

My first trip solo was quite exciting - I'd never been without someone accompanying me. I wasn't on someone else's time frame and I could peruse the aisles freely, taking my time and digest the sights as it bared its soul to me. By the time September arrived, I'd become an expert, knowing where everything was. I was regularly purchasing supplies for my kids school nutrition programs so I knew which day to visit, which areas to avoid while there, and which aisles were less traveled so I could get in and get out. Six weeks later, I had become an exclusive member.

In this time, I've also become privy to some pretty spectacular sights. As previously mentioned, if you observe long enough, you'll find the weird. I'm thankful for the notes option on my smartphone because I've accumulated quite a list of funny incidents, like the time I was rammed in the thigh with a massive cart because a woman's friend came over to inform her they were offering chicken hot dog samples over in the refrigerated aisle. I was unapologetically injured for a piece of processed meat. Unless she has been living under a rock since birth, I'm pretty sure she's tasted a hot dog before.

However, shit gets real before one even has the opportunity to walk through the doors.

I've been to the big box warehouse a couple times before opening hours and every time, without fail, the customers are lined up at the door as if they were waiting for concert tickets. I finally asked an employee if this was normal and he replied, "Every damn day."

And PARKING? Don't even get me started.

I could create a sitcom based on the characters I've witnessed alone, like the customer who was fast asleep, snoring, with their legs kicked up on the outdoor furniture display or the customer reading a novel while sitting in a display Adirondack/Muskoka chair and a bag of chips in his lap as if he was on his holidays. Twenty-three minutes later, they were still there, only further along in their reading, but this time drinking a beverage.

Sometime late last year, a very popular hand bag designer had stamped her name onto ultra soft, fleecy blankets. These said blankets, that were available in an array of colours and offered in queen and king sizes, had become insanely popular almost overnight. I'm sure the name had a big impact on sales, but a lot of the feedback I had heard was the fact you could not get a fleece blanket anywhere of that size for that quality or price. (Funny enough, they now sell these blankets under a different name and can't seem to move them). I didn't know anything about these blankets until around Christmastime when a mom had posted on a very active local social media forum that she was selling several of these blankets - one for $60 or two for $100. I only wanted one as it was meant for a gift, so I inquired, made plans with her to pick up later that week and put it out of my mind. No lie, the next day - THE VERY NEXT DAY, I had to do a supply run for the school. As I walked in, there were at least a dozen women making love to a huge box on a pallet. I went over to see what was good when a woman walked past me carrying five blankets - the very blankets I had just arranged to pick up that week, but in a different colour. I did an eyebrow raise. I looked up to see the price that was posted above the box. $19.99. WAIT. $19.99?!? I grabbed two, went home, and immediately contacted the woman to renege my offer. Several days later, a couple women realized what she was doing and called her out on the forum in a big way. This poor woman was lambasted and dragged through the mud for trying to make a few dollars around the holidays. Was it cheeky? Yes. Did the punishment match the crime? No.

I once saw a customer at the till unloading seven club-sized bags of potpourri onto the conveyor belt. (I honestly didn't know they still made this stuff) I was in awe of someone that needed seven very large bags of what is essentially dried, scented forest.

A couple had opened an entire set of dishes and arranged them on the floor to see what it would look like on their table, despite the fact the warehouse had a sample on display. When an employee came over to ask what was going on, they explained that "one set isn't going to give us the visual we need." I have no idea if they purchased them.

I witnessed six employees dressed up like breakfast foods, rocking out to "Let's Get Physical" by Olivia Newton-John while babies and children were frantically screaming, clawing up their mother's bosom. Moments later, a customer walked up to the till with six twin mattresses on a flatbed trolley and one clamshell of strawberries perfectly positioned on top. I don't think customers knew which thread to follow.

And let's not forget those that try on clothing in the middle of the warehouse floor. I'm (almost) horrified to say how many undergarments my eyes have been privy to.

But of all these sights, nothing brings me more joy than witnessing the public's reactions to their samples. It's incredible what people will do for free food. I understand the need to try certain items, such as a coconut/mango/pineapple stuffed chicken breast, but when I'm trying to maneuver a very large cart around a ridiculous line up for a standard cheese pizza sample the size of a quarter, it's hard not to lose your cool.

I was intrigued by an older couple during one visit that had been collecting all their samples and ate them in the cafe seating area. They had quite a few papers filled with various eats littering the table. I still truly hope it was because they didn't believe in eating while standing up. Upon another visit, I had the utmost pleasure of witnessing a customer picking up six quarter-cut glazed doughnut samples from the tray as if capturing the opponents pieces in a game of checkers for the win and walked away with them as if it was the most normal thing to do. I've also witnessed a customer put their hand around the sample shelf and take two full doughnuts when the vendors were assisting other customers.

During the summer months, a vendor was offering samples of pineapple juice. A customer approached the vendor, tipped out what was left in their disposable coffee cup into the garbage can and asked them to fill it up to the top with juice.

A French jam company did a sampling at the warehouse and a customer didn't particularly care for the flavour they had chosen. Instead of simply putting it in the garbage, they spat the sample into the muffin liner and placed it back on the tray. The vendors had to throw the entire lot away. Apparently once a customer even touches the liner that the product is in, the customer has to take it or it has to be immediately thrown away.

The saddest part of this whole situation is the obscene number of misplaced product due to these samples. I suppose people feel obligated to take it when they try a sample but put it elsewhere once out of eyeshot of the vendor. It's painful to see frozen fish boxes or large bags of frozen fries lying on top of boxes of cereal or shampoo, unrefrigerated. Vendors don't care if you do not purchase what is being offered. I asked. They really don't.

The exit process is painful when there are children involved. It's great that they are diligent about checking carts, but getting stuck in that line behind a family of seven, waiting for a sales associate to draw a smiley face, a stick version of the whole family or Van Gogh's Starry Night on the back of the receipt is something I could do without.

For all the negative, frustrating moments that can occur, goodness gracious me if I don't love this warehouse chain. The only place one can purchase a set of tires, jumbo-sized tray of chicken breast, muffins the size of a small animal, a cash register, a dishwasher, an outfit for a nephew's birthday, Grandma's heart medication, propane for the upcoming cookout and a bouquet of flowers all in one go.

But you know what you can't buy there? THIS CAKE.

In a large mixing bowl, whisk together flour, baking powder, baking soda, and salt; set aside.

In a separate large mixing bowl, using an electric mixer, beat together the butter and the sugar until light and fluffy, about 3 minutes. Add in eggs, one at time, and beat each addition until fully incorporated. Blend in bananas and vanilla. Alternate flour mixture and buttermilk to dry ingredients. Mix only until blended.

Evenly pour batter into three prepared baking pans. Bake for 20-25 minutes, or until a toothpick inserted comes out with a few moist crumbs.

Remove from oven. Give it about 10 minutes and turn the out cake onto a wire rack and let it cool completely.

In a medium saucepan, fill the bottom with about 2 inches of water and fashion a piece of aluminum foil to resemble the coil of an electric stovetop. Place in the bottom of the pan. This will help the water from touching the bottom of the mixing bowl as it is very important the water and bowl do not touch. Turn on to low heat to create a simmer.

Place a stainless steel bowl over the water. This will create a seal and allow the steam to do its job. Affix a candy thermometer to the mixing bowl. Next, place the egg whites and the sugar in the bowl and whisk constantly until mixture reaches 165 degrees F.  Mixture will be hot.

Return bowl to the mixer and add the whisk attachment. Turn mixer on and whisk on medium-high for 10-12 minutes or until meringue has formed stiff, glossy peaks and mixing bowl is cool to the touch. It is important the meringue has cooled to room temperature for the next step.

Once the bowl and the mixture is at room temperature, remove the whisk attachment and add the paddle attachment. Reduce the speed to low and add 1-2 tablespoons of butter at a time - basically as quickly as the mixture will absorb. Add in the dulce de leche and the vanilla extract and mix for 2 minutes minutes or until many of the air bubbles have been eliminated. Scrape down the sides of the bowl and mix for 30 seconds. Mixture should be smooth, but fluffy.

Frost cake as desired. Buttercream will keep at room temperature for one day. Otherwise, place it in an airtight container and refrigerate for 4 days or freeze for a month.
Share