Funfetti Cake and a Molly On The Range Cookbook Giveaway (Closed) 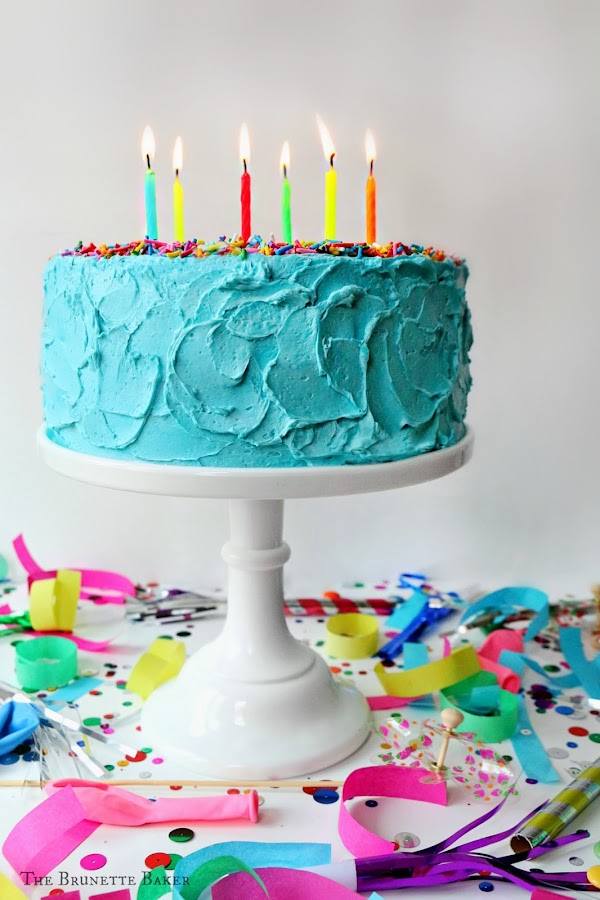 Up until I was about twenty-six, I used to think I was a culinary genius.

For a fancy dinner, I would reduce a small jar of grape jelly and drizzle it over grilled pork chops or, in a pinch, homemade meatballs. It was often paired with a side of steamed (previously frozen) vegetables and a bag salad that was dressed with a semi-homemade dressing. Dessert usually consisted of a box cake mix baked into a standard 9x13 baking pan that had been embellished with several ingredients to make it taste more homemade. To decorate, I used a simple buttercream frosting recipe and tossed a handful of sprinkles on top for colour and pizazz. For those that didn't care for cake, my standby treat was a piña colada fruit dip - pineapple juice and coconut extract mixed into a tub of whipped topping. I would secretly delight as friends would indulge and moan, lapping up every last streak of my concoction with a freshly cut strawberry - or their fingers.

I felt as long as I had some sort of homemade depiction in there, it was as good as gourmet. And for the record, there is nothing wrong with said recipes, but let's face it, it's far from gourmet.

Cooking shows and cookbooks had been my vice and preferred method for any recipe before I discovered I had a brain for recipe development or found blogger recipes I trusted. I was very fortunate to grow up in a home with a mother who was an incredible cook, but there's only so much you can learn from one person before it becomes monotonous and mundane and my mom only had so much time and patience to teach me things I didn't naturally pick up by watching her.

When I moved from the US to Canada, I was introduced to cooking workshops and live food demonstrations with real chefs and it blew my mind. I remember my first demo - the chef made a several chicken dishes using one chicken. He manipulated the bird into ways my small town brain couldn't comprehend. It was my first taste of proper cooking and I wanted more. I attended at least one demo show every month for the next eight months. Almost fifteen years and one culinary certificate later, I still enjoy them.

I had the pleasure of meeting Molly Yeh (pronounced YAY!) a couple weeks ago at her cooking demonstration in a Jewish community centre on the outskirts of Toronto. I have followed Molly's blog, My Name is Yeh, for a couple years and even recreated some of her kick ass recipe favourites, like Chicken Pot Tater Tot Hot Dish. 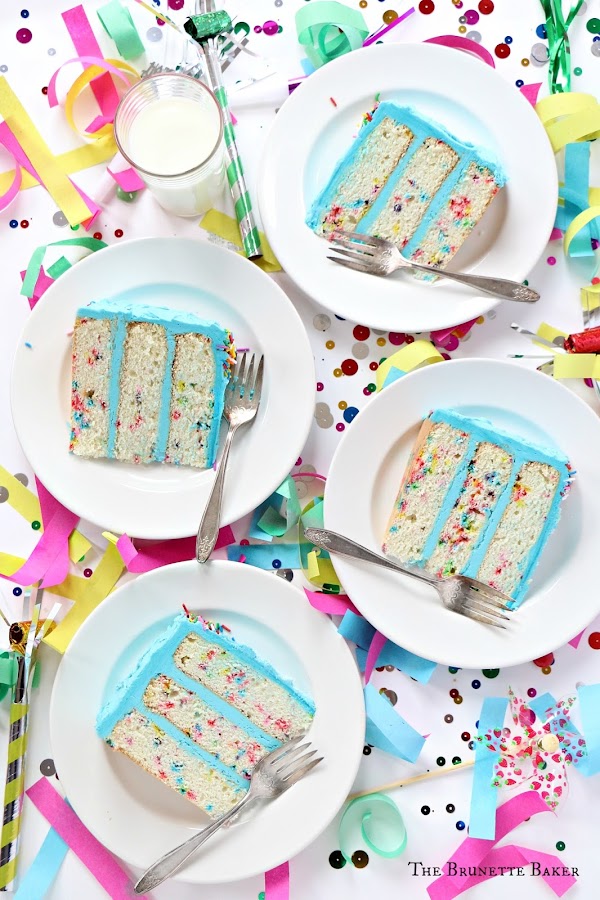 Adorable as ever, she had her hair pulled up in a high ponytail while walking the floors in her stocking feet, wearing the cutest multi-coloured polka dot heart socks. I referred to her as the cooking version of Adele - charming, funny, and incredibly gifted at her craft.

As Molly discussed her Jewish heritage, her Norwegian husband, life on a farm, and her New York City adventures (from studying percussion at Juilliard to starting her blog), she demonstrated how to prepare her cauliflower shawarma tacos while my girls Robyn, Heather and I feasted on her Spinach and Feta Rugelach appetizer.

As I stuffed yet another rugelach into my gob, I had to chuckle. Here's Molly, a girl that is the same age I was when I thought I had my shit together, creating gorgeous savoury rugelach and cauliflower shawarma tacos for a room full of people while heavily armed with a prestigious musical degree, an award-winning blog, and a published cookbook under her belt and all I could do was pop the top off of a damn jelly jar and spread it on what were probably overcooked pork chops. To those of you that were subjected to my cooking in my 20s, I apologize. You deserved better.

I grabbed a copy of her cookbook that night and flipped through it, despite the fact I have recently put myself on a cookbook diet. Fat lot of good that did because I never put it back down - which proved my own theory that diets of any kind do not work for me. I may have even screamed, "Take my money!" to the poor woman working the cashbox.

I appreciate that Molly's cookbook is different. Her recipes embrace her Jewish and Asian heritage throughout, while channeling other influences around her, like Sweet Potato Lefse, which pays homage to her husband and community's Norwegian heritage. The cookbook is perfectly her, which I adored most of all. It's not pretentious, but rather precious. Her recipes are straight forward, not overly complicated, and delicious. I'm so sorry, friends. I didn't want this post to turn into a cookbook review, but it's hard not to when you're as excited about it as I am. 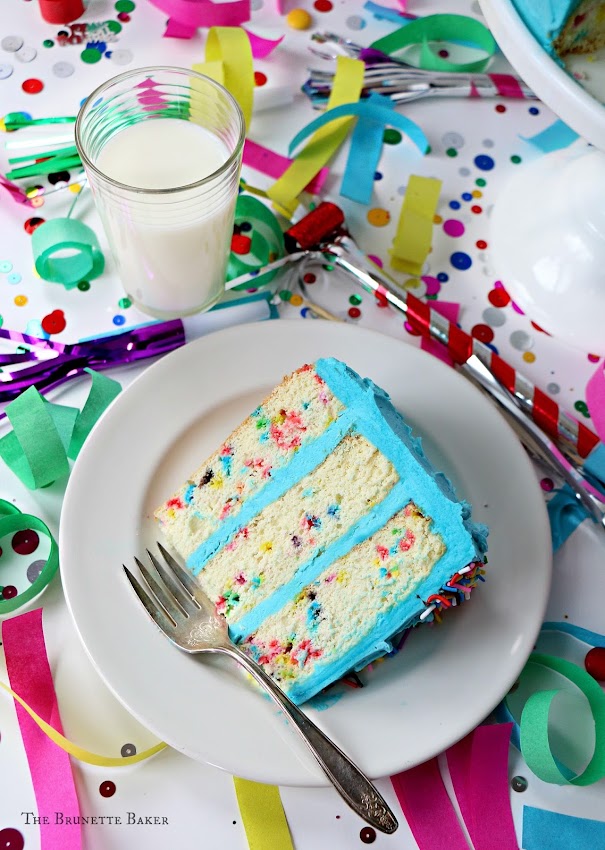 I made several recipes from the book straight away. You see, I have a theory when it comes to cookbooks and music alike - if I love at least three tracks on an album or find three recipes in a cookbook I want to make over and over and over, I have to have it. I will also incessantly talk it up to everyone until they are ready to slap me silly. She was already three recipes up before I touched her book, so it was going to be a very easy sell for me.

I made Molly's hummus first. We can easily polish off a tub of hummus in my house, rarely leaving leftovers. Her version is above and beyond delightful - and top notch paired with proper pita. She states in her book, "Don't go 90 percent in and then wuss out for the last ten percent. Make sure you're eating this with equally good pita." It's true. Do not flake on the good pita. I drove 20 minutes to a fantastic Halal store for that reason. It makes the experience that much more pleasurable. I can't help but feel I am now forever ruined for acrid, commercial brands.

Her Squash and Ricotta Pizza with Sage and Arugula is ridiculous. I had a craving for it at five in the morning after we had devoured it several days before, so I stealthly rolled out of my creaky bed, tiptoed downstairs where I almost tripped on the cat and broke my neck, and made pizza dough so I could stuff it in my face as soon as possible. Let it be known that this pizza is SPECTACULAR with a egg on top and enjoyed at breakfast. I promise. I feel like this recipe was made for me. Thank you, Molly.

My kids flipped for the Jerusalem Bagel Dogs, which we've now dubbed Molly Dogs. Those pretzel dog kiosks in the mall could seriously benefit from her recipe. My six-year-old does not eat meat, so he would kick off if hot dog juice tainted his bagel. For his portion, I used cannoli molds to create the shape and baked them in the oven. They worked perfectly. He also decided that Smarties (the chocolate kind) belonged inside the hallow. My daughter is a completely different story. She loves almost everything I put in front of her, so I prepared them according to Molly's instructions by wrapping the dough around the dogs. She has declared these will be served at her birthday party with hot dog cheese (found on page five in her cookbook) - ten months from now.

Last but not least, this super fun and festive Funfetti Cake (see recipe below). I made this cake for my birthday two weekends ago and had squeals of delight from those around me. I paired it with a bright blue swiss buttercream frosting as I'm not sure my littles are quite ready to take on tahini buttercream just yet. They did, however, have a blast making this with me. MEMORIES IN THE MAKING, FRIENDS. Molly's recipe suggests half a cup of sprinkles, but we doubled (because birthday = sprinkles) and I think we could have added even more. I do have to disclose that I did find this cake a little on the dry side, but I'm not entirely sure that was Molly's fault. When I baked the cake, I had planned on frosting it once it completely cooled, but I got distracted a million times and it ended up sitting out overnight, uncovered and untouched before I did anything about it. Either way, the addition of some simple syrup over the layers before frosting did the trick beautifully. I would make this cake again and again. 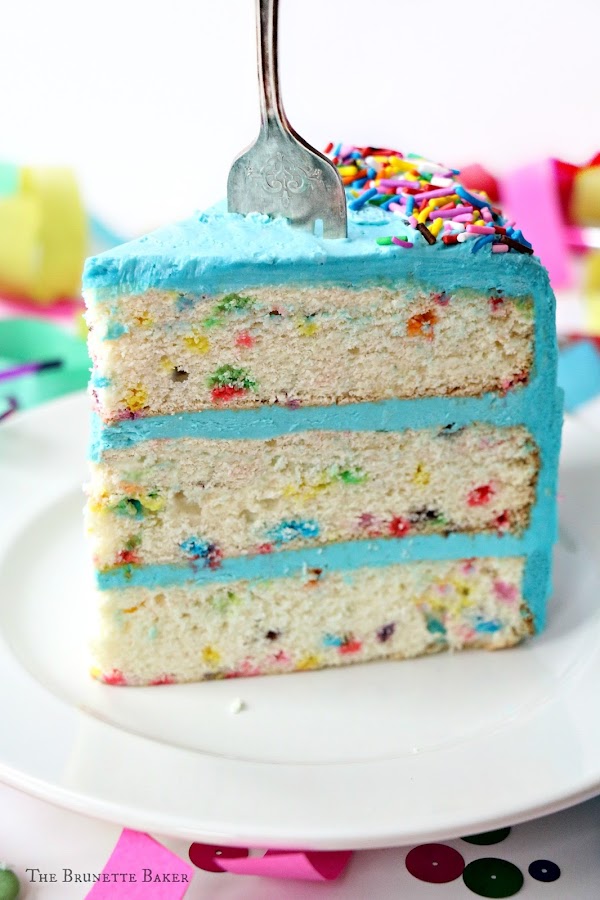 If you love middle eastern cuisine or are looking for that je ne said quoi, this cookbook absolutely belongs in your arsenal. In fact, I insist it is. It's a book you'll refer to time and again and honestly has something for every taste and craving.

I adore it so much that I bought another copy just so I could give it away! I'm giving away a SIGNED copy of Molly On The Range to one lucky reader! Follow the prompts below and you'll be on your way for the chance to win.

Good luck! (Recipe after the jump)

Giveaway is open to Canadian and United States residents of legal age in their province or state. Void where prohibited. Void in Quebec.

No purchase necessary to enter.

Giveaway consists of one signed copy of Molly On The Range by author Molly Yeh - value US $32.50/CAN $37.50. Giveaway will run from Wednesday, February 22, 2017 at 12:01am to end on Wednesday, March 1, 2017 at 11:59pm. Winner is chosen at random via Rafflecopter. Winner will be contacted via email and given 48 hours to respond. If no response after allowed time frame, a new winner will be chosen. Winner selected MUST correctly answer a skill-testing mathematical question. Winner's name will be displayed on Rafflecopter widget once all requests have been properly filled. Email address will never be given out to any third party or anyone for that matter.

*Jenny's recommendation: For this cake, I feel it's very important to use a butter with a higher fat content to make up for lack of richness that comes from egg yolks. For those that live in Canada, I highly, highly, highly recommend using Stirling Creamery Churn 84 unsalted butter.

In a medium bowl, whisk together the flour, cornstarch, salt, and baking powder.

In a stand mixer fitted with the paddle attachment, cream together the butter and sugar until light and fluffy, 3 to 4 minutes. Add the egg whites, one at a time, mixing well after each addition. Add the oil and the extracts.

With the mixer running on low speed, add the dry mixture and the milk in two or three alternating batches and mix until just barely combined. Using a rubber spatula, gently fold in the sprinkles until they're evenly distributed. Distribute the batter among the cake pans or muffin tins, spreading it out evenly if using cake pans.

Bake until a toothpick inserted into the centre comes out clean. Begin checking for doneness at 25 minutes for cakes and 20 minutes for cupcakes.

Let cool in the pans for ten minutes and then turn onto a wire rack to cool completely.

Frost the cake or cupcakes as desired and enjoy.
Share