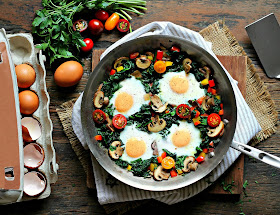 Food is a basic human right.

We need it. We want it. We all should have access to it.

But not everyone does.

Did you know that the world produces enough food to feed more than ten billion people? That's right, TEN BILLION PEOPLE. That's 1.5 times the world's population. So, if we as the human race have enough food for the world, why is poverty such a crippling problem? Answer: It just doesn't get to the right places.

Since I was a child, food has been at the forefront of almost everything. My mom made sure my siblings and I were well nourished at least three times a day, more so in our teenage years. Our Sunday supper spread catered enough to feed a small village; the holidays could have fed an entire city. We even had a separate food stash for when company came over. Needless to say, there was always an ample food supply in our home. Always. I never realized how privileged I was to be in this situation until my early twenties.

I had the opportunity to visit Peru when I was 21 years old. My relatives were missionaries and I felt this calling to visit them. Actually, if I'm being honest, I developed a travelling bug and took full advantage of the situation to see the world. I hopped on an eight hour plane ride to Lima and another plane ride two hours north to a smaller town where they were stationed. From 30,000 feet, the vast difference between the capital city and the town my aunt and uncle lived in was incredible. As we touched down, went through customs, and made our way out of the airport to my uncle's vehicle, people immediately began to follow me, trying to help with my suitcase and personal effects. I don't think my brain was fully grasping what was happening, but I was pretty shaken by it. As my uncle shooed several of them away from me, he told me they were looking for food and money and will do whatever they can to obtain either. Money, sure. But food? 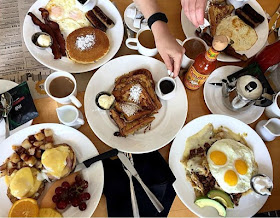 Life was tough in this little Peruvian town. As the days turned into nights, my heart got heavier. There were children as young as three years old begging for food at almost every corner. Nothing was more devastating than sitting in a cafe, trying to enjoy a sweet roll and coffee, only to look up and into the eyes of a dirty-faced five year old girl knocking on the window, crying. (Oh friends, my heart hurts now thinking about it!) I didn't understand it. How could I have food at my disposal, yet these kids - these babies - were begging and fighting over a chunk of bread? How does this happen? Why does this happen?

I don't think I ever cried as much or ate as little as I did in those two weeks. My reality check came with fists a-blazing.

I had to do something.

I went back to Peru several months later for four weeks with my Mom, boxes of non-perishable food, and a fresh perspective in tow. I was determined to make a difference. I was going to be the change I wanted to see in the world. I helped build a church and taught English to the children at my uncle's school. We made feasts and shared our bounty in the community room with hundreds. Even though we could barely understand each other due to language barriers, food became the common denominator. We laughed, we cried, we prayed. I grew up quickly in that small time frame. It was as if someone flicked my ear and turned on the proverbial light bulb. Life suddenly had meaning; food had meaning. It unified and unifies us.

My desire to help only got stronger. In 2006, my husband and I met with World Vision Canada to sponsor a little boy from Peru named Kevin. In 2008, we welcomed Julissa from El Salvador into our family and in 2014, Denilson from Brazil. Last year, we received word that Kevin's village became self-sufficient and no longer needed our support. While my heart was so heavy and I cried much of the night, I was so happy and felt so blessed to have him part of our family, even if only for a little while. Although we never met, he was like my own child. We sent gifts, we threw parties via World Vision, we celebrated the highs and prayed through the lows. Friends, you will never know the magnitude of your generosity until you receive a letter from the mother of your sponsor child, thanking you over and over, praising God you came just as they needed someone most. 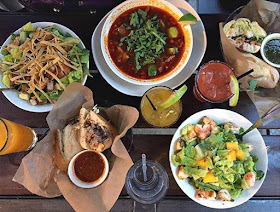 Food is love. Food is life. Food is fuel. Without it, we can't function properly. Period. It is an essential ingredient in the healthy development no matter where you are in the world. In a world of plenty, nearly 800 million people don't have enough food and one in four children are underdeveloped. Everyone deserves and has the right to be nourished.

World Vision is a global leader in fighting hunger; effectively addressing food issues through long-term development and emergency relief. Last year, World Vision contributed 161,000 metric tons of food to 33 countries to help children and their families fight hunger and malnutrition. They also helped plant over 5,200 community and family gardens that have helped children access nutrition food, creating food security so families know where their next meal was coming from. All in all, over eight million people, including children, benefitted from World Vision's food distributions.

I was incredibly blessed with what I was given in life and it is my duty as a human to share wherever I can. So today, let's celebrate food. I encourage you to share a meaningful meal with a friend, your family, or even buy a meal for someone in need.

We have the power to eradicate hunger in our lifetime.

Let's find a way to make our world hunger free.

Disclosure: I was compensated by World Vision Canada for writing this post. I am a long time supporter of this charity and was only happy to share my experience. As anything and everything I review on my blog, all opinions and views are completely my own. I will never endorse anything I don't love, use, or believe in and will always give my honest opinion regardless.
Share