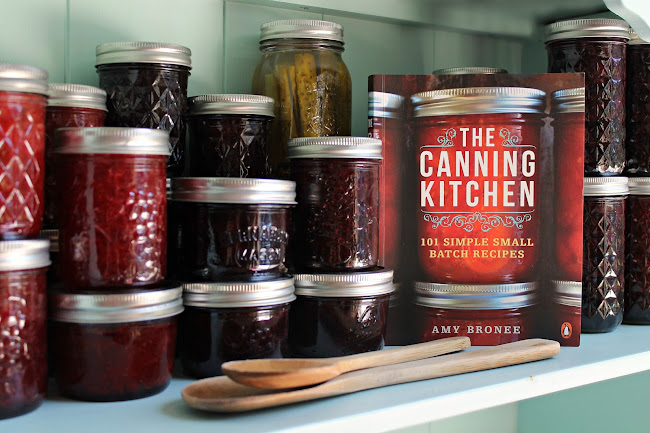 Several weeks ago, I did something I didn't think I'd ever do in my lifetime.

I made jam as in I canned it.

I made jam as in I canned it ALL. BY. MYSELF.

Don't worry. This isn't going to turn into one of those yearbook messages where I repeat myself for twelve sentences by adding a word or two just to take up space. I'm saying this in a matter of fact way because I still can't believe I did it.

Canning was something I grew up with. #HowISummer would have been the daily hashtag if hashtags were a things back then and not only something found on music sheets, telephones, or the drawn on the sidewalk with chalk, filled with X's and O's and lines through them. (TicTacToe, friends.) Funny enough, Mom never really had us help out. You see, she was a bit of a perfectionist when it came to certain things. Without going into it, canning was something she did with Grandma, we just helped harvest the bounty. It was easier for her to do it herself rather than get herself in a tizzy over fixing our mistakes. Mind you looking back, I was the same age my daughter is now and I know how quickly she loses interest in something, so perhaps I'm being unfair to Mom. 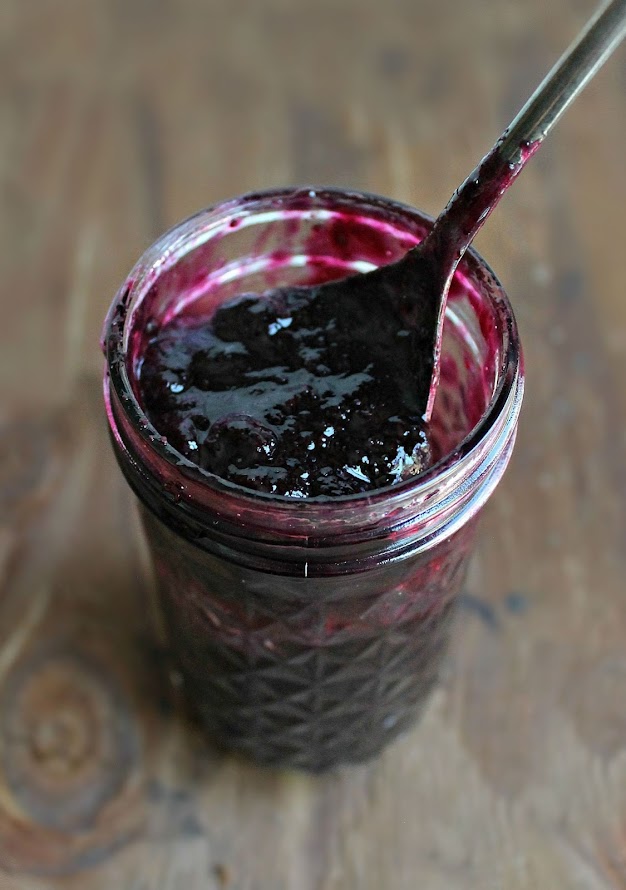 I was talking to Mom on the phone the other day and as we spoke in length about canning, including making sure I bought the proper paraffin wax for the top of the jam. (Oh Mother!) we chatted about the things my Grandma used to can (like squirrel, rabbit, and deer meats, succotash, vegetable soup...) we also reminisced some more about the things I had forgotten. Like the time my brother knocked over an entire bushel of peaches from the car onto the unpaved driveway and many of them were left badly bruised with small pebbles embedded into the skins. We also spoke of the stockpot. Mom had this huge, heavy aluminium pot with a dark, almost burnt bottom and a small dent in the side. When she mentioned the dent, I instantly remembered how it happened. Mom was coming up from the basement, juggling several things in her arm and it slipped from her hands. It fell back down the basement stairs and hit the bottom step just right, leaving a permanent ding. It was the first time I ever heard my Mom say a proper swear word. It probably made her more human that I had pegged her to be - and that's pretty big to a kid. 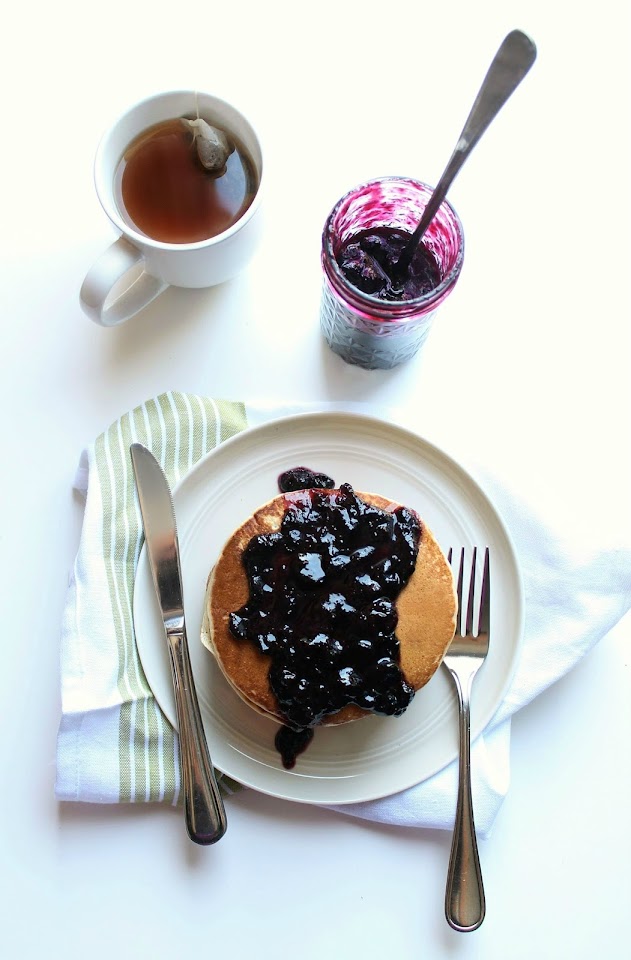 Let's talk about this blueberry sauce. Friends. We've been tight for sometime now, yes? And friends should let friends know about a good thing, wouldn't you agree? You should know that this sauce is everything. I was eating it straight from the jar with goat cheese and crackers while watching my renovation stories and polished off a jar before I knew it. And...AND it's incredible on THIS DISH. I made it for dinner last weekend? Holy shit, it's amazing. Of course, this blueberry masterpiece is the perfect topping on pancakes, scones, and ice cream alike.

If you read my last post, you already know how much I adore this cookbook. I can't say enough amazing things about it and I feel it deserves to sit at the popular cookbook table. I've made more recipes from it in a short time than any cookbook I own - and that's saying something. Even if you've never canned or could do it with your eyes closed, you need this.

Just a side note: I went against the grain and canned the sauce using 8 and 10 ounce sized jars. I felt quart jars were too big for me to attempt right now and doesn't make me feel so gluttonous when I do eat an entire jar in one sitting. Baby steps.

If I haven't convinced you that this book is everything short of angels signing down from the heavens, I hope this will.

It's giveaway time! Want to try your hand at canning? My talented blogger friends and I have collaborated to give you one humdinger of a prize.

We're giving one lucky reader a chance to win a gorgeous copy of The Canning Kitchen  - 101 Simple Small Batch Recipes Cookbook signed by author Amy Bronee along with a $100 gift card to Canadian Tire to purchase all your canning needs to get you started!

YOU GUYS! That's how much we adore and believe in this book. We want you to love this as much as we do. Just follow the Rafflecopter prompt below, leave me a comment on this post and you're on your way.

And please be sure to check all the posts listed below as the girls share their experiences with The Canning Kitchen. They will have you thisclose to licking the screen. You've been warned.

Brittany of My Daily Randomness made Raspberry Lemon Jam
Charmian of The Messy Baker made Orange and Blueberry Marmalade
Chelsea of Chelsea's Healthy Kitchen made Peach Jam
Gwen of Devour and Conquer made Tomato Red Onion Relish
Heather of The Tasty Gardener made Triple Red Pickle
Kristy of She Eats made Crunchy Dill Pickles
Libby of Libby Roach.ca made Peach Chutney with Garam Masala
Meg of Sweet Twist of Blogging made Beer Hive Grainy Mustard
Robyn of What's Cooking on Planet Byn made Bread and Butter Pickles


This giveaway is open to all legal residents of Canada who have reached the age of majority at the time of the contest in the province or territory in which they reside.

Winners must answer a skill-testing question.

No purchase necessary to enter.

Giveaway will run from Wednesday, August 26, 2015 to Wednesday, September 2, 2015. Winner will be contacted via email and displayed on Rafflecopter widget. Email address will never be given out to any third party or anyone for that matter.