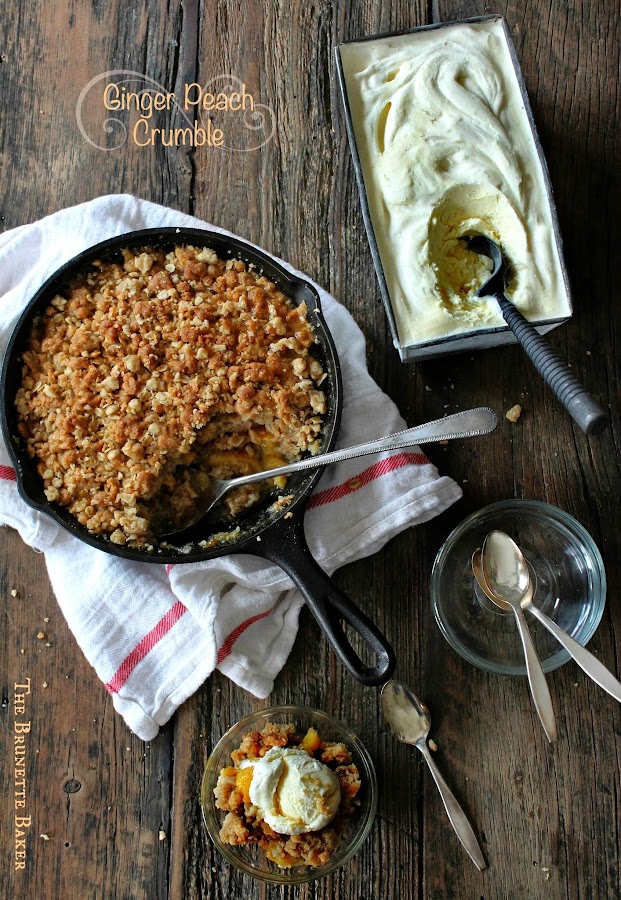 I live for my holidays.


A few weeks ago, my family and I hightailed it out of Ontario in exchange for two lovely weeks in British Columbia. This province is truly spectacular. On one side, you have the gorgeous coastline that offers up some of the most incredible sunsets, and the other boasts the breathtaking and magnificent snow-capped mountains. It's the best of both worlds really. 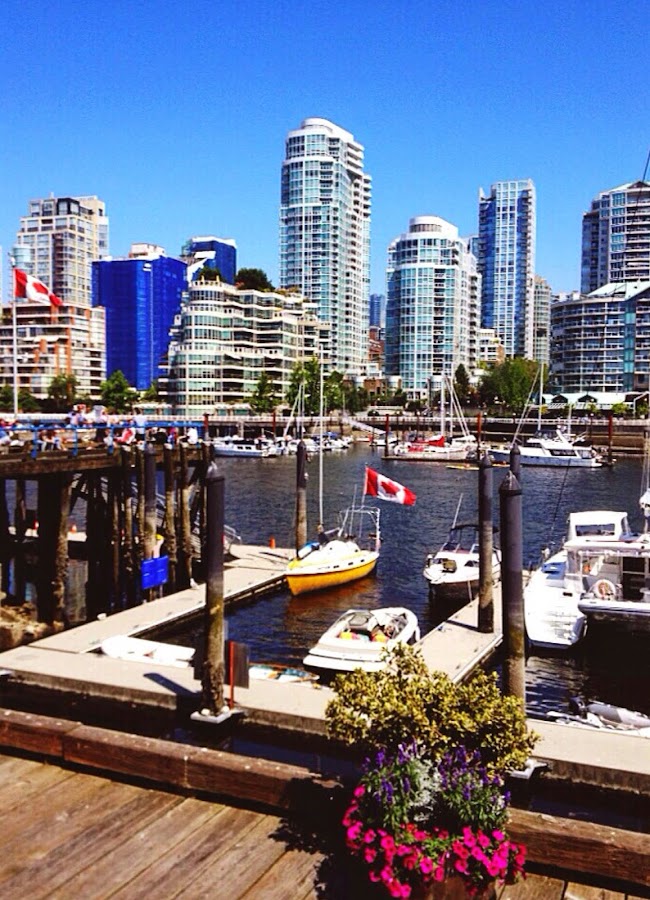 Trying to explain or put into the words the majestic beauty of where I stood would be an absolute waste of time. There are no words to express the sights I witnessed with my own eyes. And photos really do not do it justice.

Unfortunately (you had to know a but was coming) we had our fair share of incredibly rude tourists. I felt like I was giving their rudeness a pass around every corner. People bumping and pushing us, knocking my kids over, and all manners were totally non-existent. However, I hit my breaking point in Whistler. 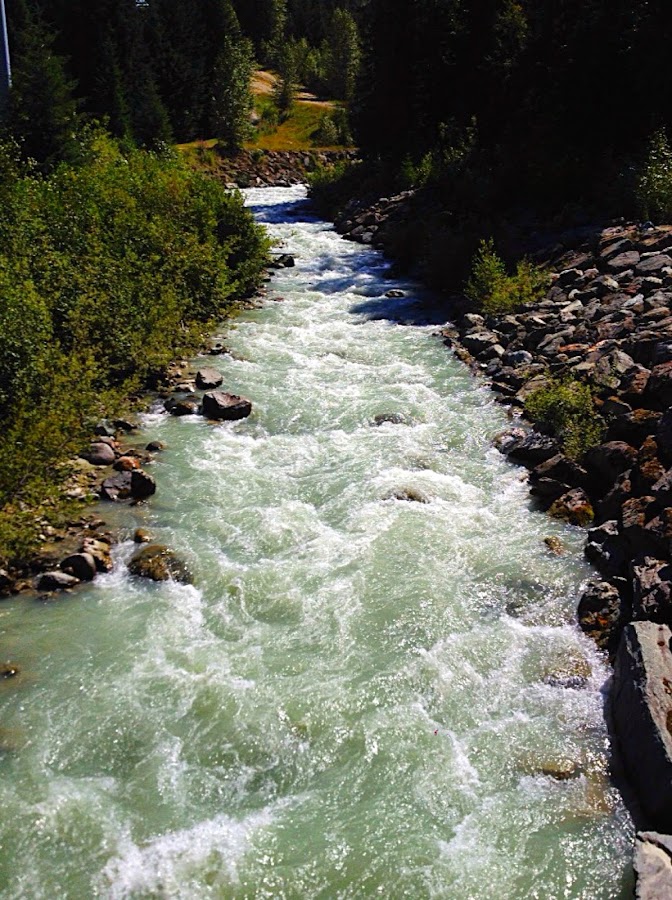 Whistler is unbelievably gorgeous. Truly God's country. Picturesque views at every angle. The place we stayed at was amazing itself, however, their pool area left much to be desired. To be fair, Whistler probably isn't the first place people think of when it comes to summer. Even during the warm weather, it screams ski country and snow bunnies. Also, from what I've been told, the weather in the Pacific Northwest is mainly overcast and cooler aside from three months out of the year, so I can't fault them for keeping the swimming facilities to the bare minimum. 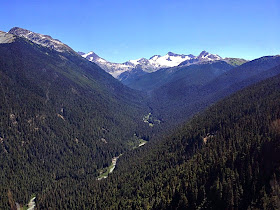 To help understand the layout and set my story up (and I hope I explain this so you can understand), it was a perfect rectangular area with the pool being offset to one side. It boasted two small cafe tables with four chairs in one corner, eight loungers along the larger edge, two large round tables with four chairs at each on the opposite side of the pool. There were also four chairs sans tables on the smaller side of the pool. All the loungers were taken as were the cafe tables and chairs, two of the single chairs were occupado as well as two chairs at the larger tables.

I walked over to one of the two chairs that were without tables to put our towels and personal belongings while we swam, when an older gentleman informed me that the two chairs next to him were taken. Of course, I made a confused face because there was nothing on them to tell me otherwise. I asked very politely, 'Oh. Is your party here? We just need a place to set our towels and things down while we swim." He responded by telling me that their wives were in the pool and would use them when they came out." As he told me, he pointed in their direction. Between me and you, it looked like they were going to be camped out in the pool for awhile.

So we moved onto the bigger tables in the corner where two of the chairs were occupied at one of the tables. As I walked over, the man stopped me in my tracks and belts out, "All these chairs are taken." Okay, WHAT?! There are ten chairs, two of which are being occupied and I can't have one? After I retorted something like, 'You're kidding, right?', I politely asked the man where his party was. His response? "Hmph. They're coming." and he dismissed me, returning to his paper as if I was some piece of shit that dared speak to him. Charming. So I stood there for like 10 seconds, debating whether to just put my stuff down, lose the plot all over his rude ass or just walk away. My hubsy made the decision and pulled me aside, telling me to brush it off.

Ready to kick off and standing there like an idiot with no where to put our things, I told my husband to take the kids in the pool. I proceeded to stand there for ten more minutes until this sweet couple who were occupying two of the loungers - and closest to the rude jackass, came over and told us they were leaving. They informed us the same thing happened to them when they popped in for a swim 90 minutes before, except with different people.

As I thanked them, I settled our gear on the lounger, absolutely fuming. I was trying not to let the jerk sitting at my 11 o'clock affect me, but it had been a long day. Two tired, hungry and overheated kids doesn't make issues any easier. As my husband took the kids in the pool, I kept glancing over at Mr. Ignoramus as he sipped his pretentious beer and read his pretentious paper, waiting for this probably pretentious party of his. Ten minutes passed. I glanced over at hubsy in the pool, who was mouthing, 'Let it go, Babe' and 'Forget about it'. When twenty minutes passed and no one arrived, I felt the vein in my head start to pulsate. I also smelled brain smoke. Twenty-seven minutes passed and I'm pushing aneurysm stage. In the meantime, he also dismissed two other couples looking to dump their belongings.

THIRTY-TWO MINUTES LATER, (Yes, I timed it) his party decided to show FULLY DRESSED. FOR DINNER. Up goes Mr. Pretentious AND THEY ALL LEAVE.

At that point, I just laughed out loud. Like really laughed. It was either that or punch that guy in the throat. I looked over at two chairs we originally started with (which are now directly across from me and across the pool) and both are as vacant as an ice cream stand in the middle of winter. In that entire time, neither ladies moved from their post in the pool - as I suspected would be the case.

BUT Karma can be unkind. I'll leave it to the fate of her.

Despite that hiccup of ridiculousness, we had a fabulous time. I've documented my journey over on my Instagram account for those that are interested. (My self-guided bakery tour of Vancouver was oodles of fun). One stop we made while in Whistler was at a pie shop. It had one of the best pocket pies I think I ever had and their peach was HEAVENLY. They also had a ginger peach pie, which I took back to the city with me and served it up with vanilla bean ice cream. You guys? It was AWESOME.

And you know what?

So is this. Just a whole lot quicker.


Remove outer skin and inner pit from peaches; slice and place in a shallow bowl.


In a mixing bowl, combine ginger, cinnamon, sugar, cornstarch, and lemon juice together. Add in peaches and allow to absorb for 5-10 minutes. In the meantime, prepare crumble in a separate mixing bowl by combining flour, oats, brown sugar, cinnamon and butter together until mixture resembles coarse crumbs.

Preheat oven to 350ºF. Prepare a baking dish by lightly buttering surface and sides. I used a cast iron skillet, which I love for presentation.

Place peaches in the bottom of the baking dish or skillet, if using. Top with crumble, ensuring surface is completely covered.

Bake in oven for 45 minutes. Remove and allow to cool slightly before serving as filling will be hot.

This dessert is best served warm with a scoop of vanilla bean ice cream.
Share