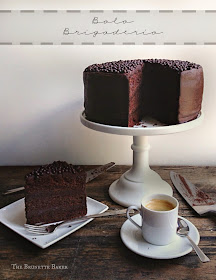 World Cup 2014. Are you watching? Are you on the edge of your seat? ARE YOU PAINTING YOUR FACE IN YOUR NATIONS COLOURS? ARE YOU FLYING FLAGS ON YOUR CARS OR CHANTING FOOTY SONGS WHILE SCREAMING AT THE TV AT THE APPALLING DEFENCE ALL IN THE SAME BREATH?!?

Chances are, if you're in North America, you're probably not. Probably. If you are one of those probably nots, no worries. I was the same way quite a few years ago.

My husband talks soccer for a living, so I digest it more than most, especially every four years. It's 31 consecutive days of non-stop footy action. Funny enough, I grew up in a strictly (American) football and baseball family. We didn't watch soccer. We watched the Steelers pummel the snot out of the Lions or any other team that got in their way. Sorry Lions fans, no disrespect. It's just the way it was, although we had our fair share of flying snot as well. We watched the Yankees (or in my case, the Cardinals) racking up RBI's in the eighth inning. Try dating a Packers, Vikings, Dolphins, or Patriots fan during football season. Yeah. Hurt feelings. Bruised egos. Potato salad thrown across the living room a few times. Let's not discuss if said teams played the Steelers in the Super Bowl. Oh hail no. I had to miss the best party of the year in fear of them losing. On both sides.

Hubsy and I had the fortuitous opportunity to travel to Germany in 2006 for the World Cup. I had no idea the phenomenon it was until I was faced with eleventy kajillion footy fans from all over the world. Madness I tell you. Madness with a capital insane. If a fan's home nation didn't qualify, they were still there in attendance, dressing up in other nation's colours. I remember the day we went to the Togo/Switzerland game. There was a group of lads from New Zealand (or maybe Scotland, I can't remember) dressed up like garden gnomes supporting Togo. Why garden gnomes, I haven't a clue, but it was full on gear, folks. Head to toe body paint. Capes, tall hats, beads, while chanting some ridiculous football song, declaring their love for the nation. And everyone got involved. Girls dressed up in traditional Dirndl costumes while selling massive pretzels, bread rolls, and these gorgeous apple dumpling thingys to the fans while waiting for the gates to open. German fans were camped out on the grassy areas, eating cliche bratwurst and sauerkraut sandwiches; some even had weiner schnitzel and pickled eggs, sharing it with South Korean and Portugal fans. It was incredible. Love was all around.

But the atmosphere in the stadium. Oh, the atmosphere. Talk about passion. You couldn't help but feel the energy. Nothing but pure, unrequited love for the game - even if they didn't support the team playing on the pitch. I remember the very first game we went to. It was Argentina vs Serbia Montenegro. We had crazy stellar seats in the bottom left side corner. These were OMG-they-must-have-made-a-mistake-because-these-are-way-too-good seats. Maxi Rodriguez scored in the sixth minute of the game and slid right in front of us to celebrate. The crowd went BAT. SHIT. CRAZY. I thought Maradona was gonna fall off the balcony. I had never experienced noise like it. Ever - and I've been to New Kids On The Block, Backstreet Boys, 'N Sync, and One Direction concerts. Tens of thousands of screaming hormonal teenagers couldn't hold a candle to the buzzing in the building. Unbelievable.

Here I am, eight years later, proudly cheering on the USA again, despite the laughs and giggles I got when I attached my US flag to my car window. Duh people. It's where I'm from, born and raised, thankyouverymuch. Whatever. Haters gonna hate.

I really had high hopes for England, hoping they'd gain another gold star for their kit. I don't know what happened or where it all went wrong, but I guess they didn't hold them. Or give. Didn't do it at the right time. They were slow. Not as fast. They didn't get to the line. They hit them. They hurt them. Defend? Attack? There was only one way to beat them and that was around the back. PS - If you got any of that, call me. We'll be best friends forevs.

Edit: I added this clip because people had no idea what I was talking about. It's from UK's Gavin and Stacey. BEST. SHOW. EVER.

Of course, like any celebration, cake should be involved. This Bolo Brigadeiro is a cake you'll want to get real cozy with. Brazil is known for its gorgeous people, food, and weather. I wanted to feed off that vibe and make the sexiest, most decadent cake I could to serve while watching the beautiful game. Adapted from the widely popular and famous Brazilian candy, Brigadeiro, which is such an amazing treat on its own, it is that much more incredible in cake form. Trust me.

Now if I can only get a delicious Brazilian boy to feed this to me, we'll be all set.

Preheat oven to 350ºF. Prepare three 9" round cake pans by spraying with a non-stick cooking spray and lining with parchment rounds; set aside.

Pour cake batter evenly into prepared cake pans. Bake for 30-35 minutes or until a toothpick inserted comes out clean with few crumbs. Transfer to a wire rack and allow to cool completely.

In a medium saucepan over medium heat, pour in sweetened condensed milk, butter, salt and cocoa powder. Cook for 15-20 minutes, stirring constantly. This step is very important. If you leave it, it will burn. You also want to essentially remove as much water from the condensed milk to ensure a thick spread for the cake. You'll know you've reached consistency by 'cutting' into the mixture with a wooden spoon and it's slow to come back together. If you shortcut this step, you'll end up with runny frosting. The finished product is almost a caramel-like consistency.

Once desired consistency is reached, remove from heat. Transfer to a shallow dish and allow to cool to room temperature. Place in refrigerator for about 30 minutes to one hour.

Using an offset spatula, completely cover top of one cake round. Place the other round on top and cover the rest of the cake with the frosting. Cover entire surface, both top and sides with quality chocolate sprinkles or the top with Crispearls if using those. If using sprinkles, use quality sprinkles because there are a LOT of sprinkles on the cake. You don't want to ruin the flavour by using mediocre sprinkles. Trust me. You will taste the difference.

Place cake in the fridge for about 30 minutes to set completely. Cut and serve.
Share