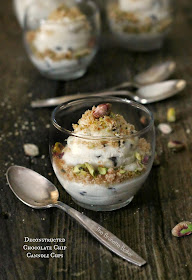 My hair is gone.

You guys, my hair - my security blanket, is gone.

Okay, not gone gone, but totally chopped off. And I am not happy about it.

My hair had been pretty long for several years. The last time I cut it cut it was when I was pregnant with my daughter over seven years ago. I remember my hairdresser asking me repeatedly if I was sure - something about hormones and not a good time to take such drastic measures. Psssshya. Of course I was sure. It was only going to be cut to my shoulders anyway.

It was a great cut until I washed it. Despite doing everything she told me to, it took me three times as long and about fifteen different hair products to make it actually do something. Thankfully, it was winter and my hair was tucked in a hat much of the time. Plus, my hair grew in quicker than normal thanks to the prenatal vitamins I was taking.

The big difference from then and now is I chose to chop it that short back then. After a week of complaining, I swore I would never do something as drastic as that again. A couple inches off the length? Of course. Layers? Sure, but nothing like the shoulder-length crop I had. Short hair like that doesn't suit me unless I have a 24-hour stylist at my disposal.

However, me being me, after a few years of the same thing, I decided to get something fun for Spring. Something fresh, something a bit different - 'a bit' being the operative word. I researched some photos, found a few that I liked and off I went.

My hairdresser of eight years took a look at the photos, gave me suggestions for my hair type, told me which styles would work for me and which ones would not. All in all, very informative. We decided on a long bob; shorter in the back, tapered in the front. Nothing too extreme, but different enough than my usual style.

To make a long story short (no pun intended - holy hell this was no laughing matter), a long bob is not what I got. What I got was a graduated bob. She took EIGHT INCHES off the back of my hair, folks. EIGHT. Worst part about it is I had no idea she took that much off until she turned my head to cut and taper off the sides and front of my hair. With the towel and cape wrapped around my neck, she could have been hanging plastic Easter eggs off my hair and I wouldn't have known.


When I realized what happened and she realized her mistake, total panic set in. I turned bright red and I started to see spots. I honestly thought I was going to throw up right where I sat. I closed my eyes until she was done while tears were falling like raindrops. I even convinced myself it would be totally fine once it was dry and styled. Nope. I got out of the chair and told her I had to leave immediately. I don't remember much after that, except there was so much hair on the floor. I briefly remember her throwing compliments at me like ninja stars as I gathered my belongings. My neck and chest were so blotchy with hives, I could barely breathe. It was horrible.

After a hazy drive home, I had a good cry on my husband's shoulder, who tried to convinced me it was lovely. I calmed down after a while and felt a bit better. That is until only four people commented on it. Great. I've had this cut for less than a week and only four people have said anything. Not that I need validation from anyone, but this is my hair we're talking about. My husband insists it is because it doesn't look that different from the front. YOU KIDDING ME, lover? Eight inches were cut off.

Realizing there's not much I can do at this point, I got myself together, put on my big girl panties and sucked it up. Despite the fact I'm now stuck with a very lopsided haircut that takes me three times as long to do in the morning and about seventeen hair products, there are worse things happening in the world. What can one do about it now?

I'll l tell you what. For starters, you eat your feelings with six of these cannoli cups - which I did. Cannoli is the quintessential Easter treat for me. In fact, it's my favourite pastry of all time.  Homemade shells can be time consuming to make or expensive if buying. They can sometimes be a bit messy to eat, but this alternative is easy, delicious and dribble-free. So grab a spoon, friends. I found a solution.

Now if only I could find one to make my stupid hair grow faster.

In a food processor, blitz vanilla wafers and sugar together. Add in melted butter and mix   until it comes together. Set aside.

In a mixing bowl, stir together ricotta cheese, powdered sugar, paste or extract and orange zest, if using. Add in chocolate chips and mix well. 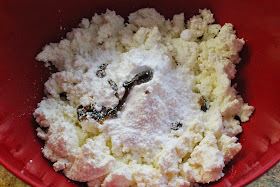 In a piping bag, fitted with a large round or star opening so the chocolate chips can pass through, pipe into cups. Due to the richness of this dessert, it's best if you use 4 ounce glasses or smaller.