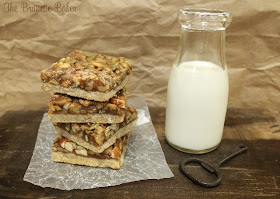 Guess where my husband is as I speak and you read?

Am I super jealous?

Do I wish I was with him?

Am I going to be one of those wives that complain every moment he's away and make sure I throw it in his face about what I went through while he was gone and tell him that I deserve a weekend away with unlimited access to the credit card for all my efforts?

It's just not my style.

He's my love. My male bitches. I'm happy for him. Just as he would be for me. I'm not about to throw guilt trips at him because I can't control my emotions. I'm not 14.

My husband and I once discussed how it would be fun to write a book on marriage. From a different prospective. Not a PhD standpoint, which would be difficult anyway considering neither of us have that kind of education behind us. Just an average everyday couple's point of view. Not that we have the perfect marriage, but it's pretty close. And I take great pride in that.

I don't want to sound too preachy here, but marriage is hard work. Ask anyone that's been married a couple months or what feels like 137 years. Throw careers, house, bills, mortgage, kids and the fact that men are from Mars, women from Venus into the mix and it's chaos personified. With one foot on the border of insanity. Possibly two.

When we attend weddings, there is usually a separate book set aside where the newlywed couple ask the guests to fill it out with advice to a happy marriage. I write the same thing to everyone. And it's one word.

It took me a long time and one too many uncompromising idiot boyfriends to figure that out. I'm hoping to save you some trouble.

Mind you, these are also the same relationships that give Taylor Swift the material to write and wail out songs about how she's tired of fighting at 2.30am and she will never, ever, hells no, forget you, no way ever get back with her man or how Bruno Mars would catch weapons of mass destruction and dangerous arsenal, asking for medication to be delivered to his door if someone left him, or give Kelly Clarkson the lady balls to tell her man how he's practically confined her to the sidewalk or that he will never see what's actually behind her hazel eyes.

My point to the story is, like anything in life, you need to constantly work hard to accomplish great results.

But don't think the hubby got off easy. Ohhhhh, no. He didn't see the final 'must have' list I placed in his carry on bag that will unravel like Santa's naughty and nice checklist upon opening.

And he better deliver on the goods. Each and every one. Or he's in for a WORLD of pain.

To make the crust:

Using an electric mixer, cream butter and dark brown sugar together until light and fluffy. Add flour and salt until mixture is resembles course crumbs. 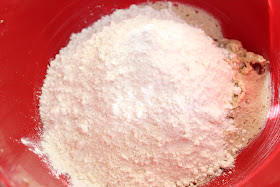 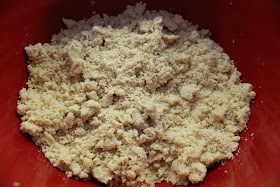 Place crumb mixture into prepared baking dish and press into an even layer. Bake for 20 minutes. 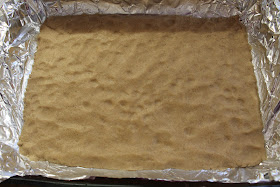 To make the topping:

While base is baking, in a medium saucepan, melt butter, brown sugar, syrup, and heavy cream together. Bring to a boil. Once it reaches boiling point, turn heat down to a low simmer and add walnuts, pecans, almonds, and pumpkin seeds. Stir to coat. 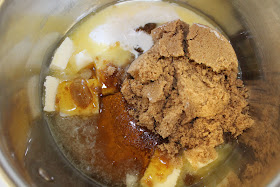 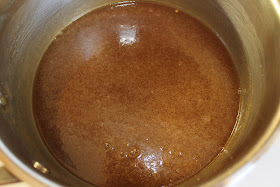 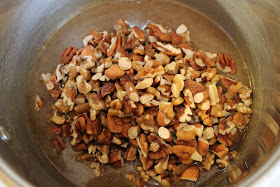 Pour nut mixture over crust. Use an offset spatula to smooth out any wonky nuts. If only that worked in real life. Bake for another 20 minutes. 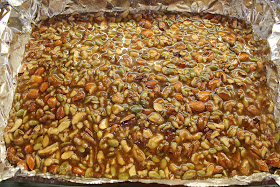 Remove from oven and allow to cool completely before pulling out foil and cutting into squares.
Share