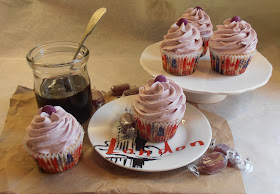 Well the Olympics are officially over.

I'm pretty bummed about it actually. It was one of the best summer Olympics I've seen in a while. It was also nice to relax a bit more than I usually do. 16 days was pretty sweet - and I didn't feel guilty at all either. I considered it my patriotic duty.

I thought I would recap the events in my own words. Yes, these are my opinions. I have many.

There is no denying that London 2012 Olympics went all out in ALL forms of the word. The Olympics in itself never cease to teach me something new, but one thing remains constant.

Like Miss America and Gracie Lou Freebush, I, too, want world peace. Life is complicated enough, why can't we all just get along? Celebrate people. Celebrate life. That's what it's all about.

But the athletes? The events?

Michael Phelps is a machine. That man can swim. He was born to swim. A six foot wing span is ridiculous. He's like a human pterodactyl. He deserved every medal he's ever earned. Most Celebrated Olympian is putting it lightly. Well done, Mr. Phelps. Well done. Missy Franklin is well on her way to being the female version of Michael. Watch this space.

Five words. Korea. China. Badminton. Utterly DISGRACEFUL. I'm glad both were disqualified in the end. People pay A LOT of money for tickets and don't always get to choose the events they want to go to. To have to sit and watch a farce like that? I would have been steamed. NOT. COOL.

Canada vs USA women's soccer match? Canada should have won that game. Period. Proud American right here (insert thumbs), but fair is fair. They should have won.

I'm not into muscular physiques by any means, but the men's swim teams should absolutely be made to come out of the locker rooms to the intro of Hot Chocolate's, 'You Sexy Thing'. You know, 'Buuuum....bum, bum, bum, bum, buuuuum'? You can almost see the condensation dripping off the foreheads of women everywhere.

I am so proud of the USA girls gymnastics team. They were definitely a force to be reckoned with, no doubt, but can someone please teach McKayla Maroney what sportsmanlike conduct is? I can completely appreciate how disappointing it must be to set the bar so high for yourself and not reach it, but keep your emotions in check. There is no reason to act like a Diva. It was embarrassing.

The road cycling was hilarious to watch. Nothing like several hundred shirtless, hairy spectators, donning a beer belly and a can of lager, screaming and toasting the faces of the cyclists as they pedaled by to get one in the spirit. Seriously, where were the barriers or guard rails to keep the lager louts at bay?

I am so proud that trampolinist Rosie MacLennan won Canada's only gold medal of the games. I'm also a bit put off that Christine Sinclair held the flag in the closing ceremonies. I know the Canadian women's soccer team is very celebrated in Canada, but Rosie did win Gold. It should have been her moment.

I teared up when Canadian Paula Findlay crossed the finish line last in Triathlon. She was apologizing the whole time. It broke my heart.

Jessica Ennis was an absolute ROCK STAR. Sheer Brilliance. Britain should be so proud of her. I know I am. On a side note, did you see that girl's abs?

The rowing teams make me feel so bad for complaining when I have to carry 6 bags of shopping into the house that is like 20 feet away. My heart dropped when the New Zealand women's rowing team were flying through the competition, then suddenly, caught a crab. It was the look on their faces that did me in. I can't imagine training that hard for weeks upon weeks, only to lose it that fast.

I think some judges needed to have their eyes checked when it came to the synchronized swimmers. Can we say biased? Yeah. I said it. In fact, I've always been iffy about events that are judged. This is like basing something on one person's opinion. It's dodgy. It just doesn't seem right.

In closing, it just goes to show how wonderful the human body is. You can push it to do extraordinary things.

And then trying to restrain yourself from eating the lot.

1 jar Blackcurrant Jam, such as Hartley's - see photo. Outside the UK, this is usually found at a British shop or a specialty grocery store that carries British goods. If you can't find Blackcurrant, you can use Blackberry Jam. (You also won't use the entire jar!) 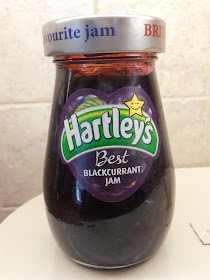 In a bowl, combine flour, baking powder, and salt; set aside. In another bowl, cream butter and sugar together until fluffy. Add vanilla paste/extract. Add flour mixture slowly and alternate with milk until everything is incorporated. If you use the paste, you get those gorgeous seeds in the batter. 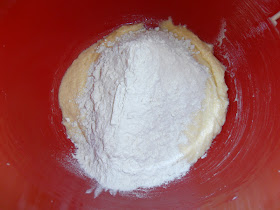 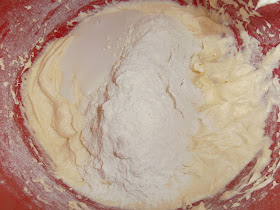 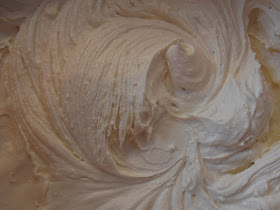 Fill cups about 3/4 full and bake for 18-20 minutes or until toothpick comes out clean. Mine took 18 minutes. 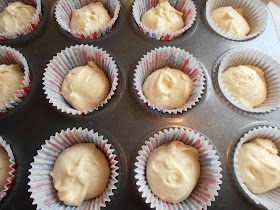 Remove from oven and place on a wire rack to cool completely. Fill cups about 3/4 full and bake for 18-20 minutes or until toothpick comes out clean. Mine took 18 minutes.

Remove from oven and place on a wire rack to cool completely. When cool, hollow out middles of cupcakes and add jam. Use an apple corer. It's magic. 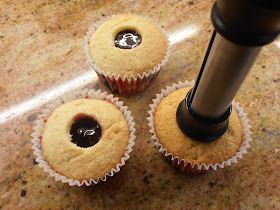 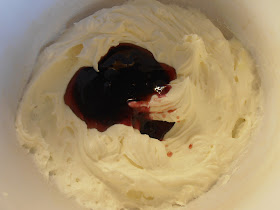 Pipe or spread frosting on top of cupcakes and finish with a candy or embellishment, if desired.