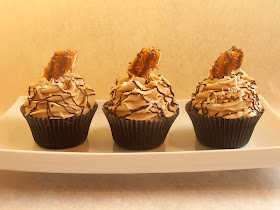 What is a Samoa you ask?

Well, if you guessed a country, then technically yes, you'd be absolutely right, but not in this case. If you weren't raised in the beautiful US of A, there is a pretty good chance you have no idea what I'm even talking about.

Samoas are a gorgeous cookie confection consisting of coconut, caramel, and chocolate the Girl Scout Organization have locked and loaded in their arsenal of deliciousness every year. Keebler came out with a version of them several years ago called, 'Coconut Dreams' and Canada has their own version, called 'No Name Caramel Chocolate Cookies'. I know, sexy, right?

Oh, I know why. Because I was too busy eating the box of actual Samoas to do anything about it. That and I'm a bit lazy when it comes to creating - but thankfully I wasn't too lazy to get off my tush and make these.

I'm not kidding folks. These cupcakes are kick ass.

Consider them the Chuck Norris of cupcakes. Just don't tell Chuck I said that. I'm not too sure he'd be thrilled his name and the word 'cupcake' are in the same sentence.

And I'd hate to show him up.

To toast the coconut, spread the coconut onto a rimmed sheet pan. Toast in a 350°F oven, stirring frequently, until the coconut is an even brown color, about 10 minutes.

To make caramel, melt the butter over medium heat in a large saucepan. Stir in the salt and brown sugar and heat the mixture to boiling, stirring constantly. Cook over low heat for 2 minutes, until the sugar is dissolved. Stir in the milk and return to a boil, stirring constantly. Use caution as mixture will bubble up once milk is added. Remove the pan from the heat and stir in vanilla. Allow caramel to set at room temperature, about 30-40 minutes, stirring occasionally. 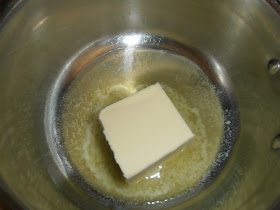 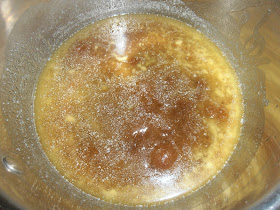 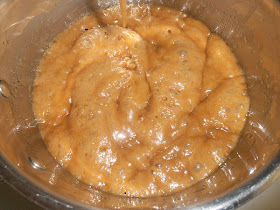 Preheat oven to 350ºF. Line 2-12 cup muffing tins with liners. Drop one cookie into tin, chocolate side up. 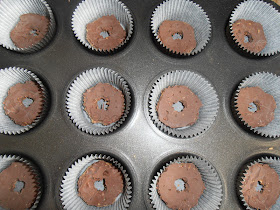 Prepare cake mix according to box. Fill liners about ¾ of the way. 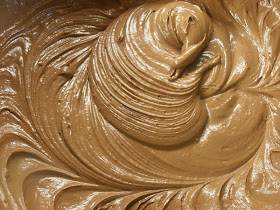 Bake for about 18-20 minutes, or until toothpick inserted comes out clean. Transfer cakes to rack and allow to cool completely before frosting.

Using a hand or stand mixer, beat caramel and slowly add powdered sugar. Mix until light and fluffy, scraping down the sides as you go. Pipe or spread on cupcakes. 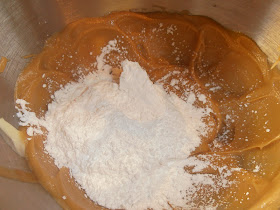 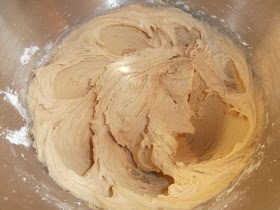