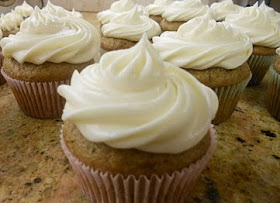 ﻿
﻿Martha Stewart is my hero. Seriously. Who else can make a poncho the hottest must have item of the season all from the confines of a 6x8 jail cell? Although, I'm not a poncho girl, I do love her recipes.

The first time I made Martha's Zucchini Spice Cupcakes, it was for a friend's backyard BBQ party. To say they were a hit would be an huge understatement. They flew off the plate and left it rocking in its wake. The second time I made them was for a girlfriend's baby shower. I was almost adopted by the family.

There is something wonderful about zucchini. Aside from all the health benefits, it's such a versatile fruit. Yes, that's right, I said fruit. My mother would grow it in her garden every year. She would plant it one week and be cursing the high heavens the next because it had taken the entire backyard hostage. Yet, there she was every winter planning for her next bountiful crop with, you guessed it, zucchini taking first place.

I am thankful for zucchini. Although it's virtually tasteless on it's own, pair it with roasted red peppers, onions, and goat cheese on a panini and you got yourself the best damn sandwich this side of the hemisphere. Zucchini bread with a nice cup of tea on a cold January morning?

In another bowl, whisk together oil, eggs, vanilla, and zest until well blended; whisk in brown sugar until smooth. 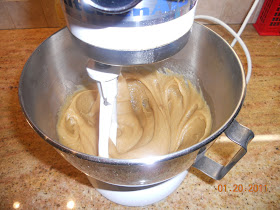 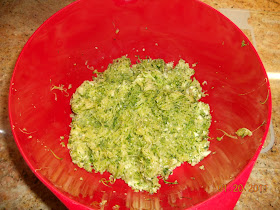 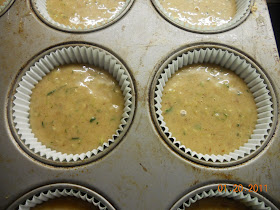 Bake, rotating tins halfway through, until a cake tester inserted in centers comes out clean, about 20 minutes. 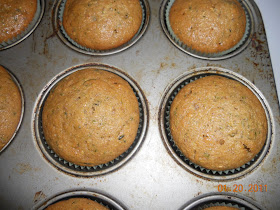 Transfer tins to wire racks to cool completely before removing cupcakes. Cupcakes can be stored overnight at room temperature or frozen up to 2 months, in airtight containers.

I halved the original recipe because it made SO much!

With an electric mixer on medium-high speed, beat butter and cream cheese until fluffy. Reduce speed to low. Add sugar, ½ cup at a time, and then vanilla, and mix until smooth.